It was a great pleasure providing the music for Nicole and Bill's wedding celebration at one of my favorite venue's, The Indianapolis Skyline Club! The blue up lighting looked great but my favorite detail were the personalized drink koozies : ) Special thanks to Cassie Conforti from Conforti Photography for use of her gorgeous photos! Also thanks to Kaitlin Garrison at the Skyline Club for overseeing all the details. 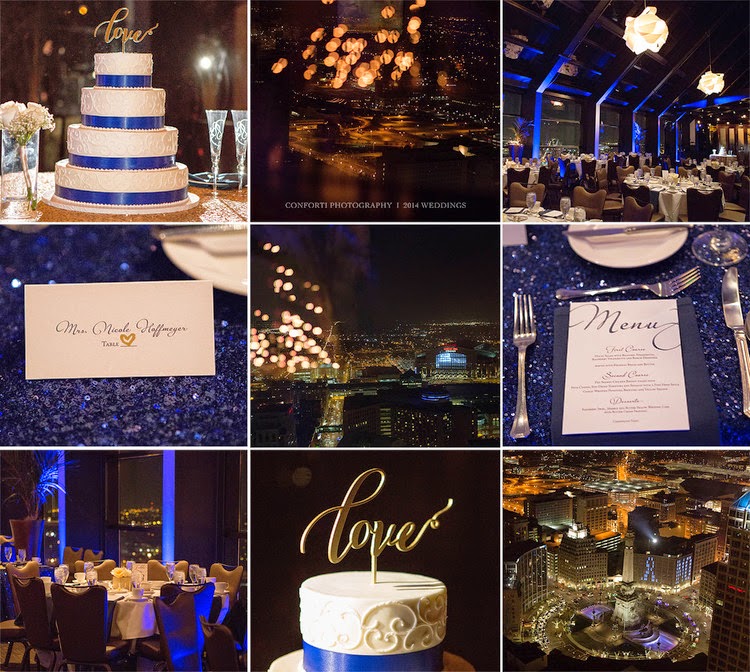 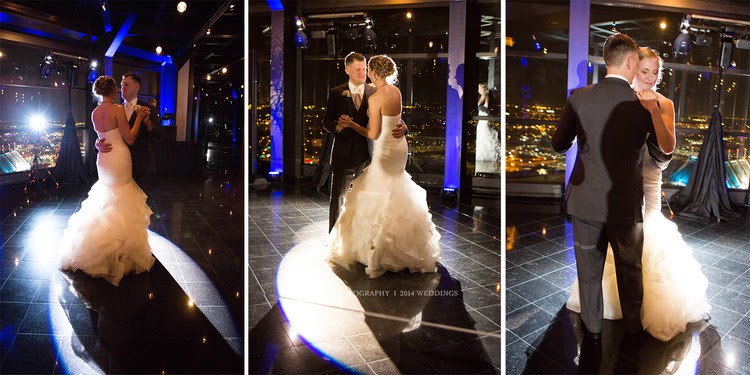 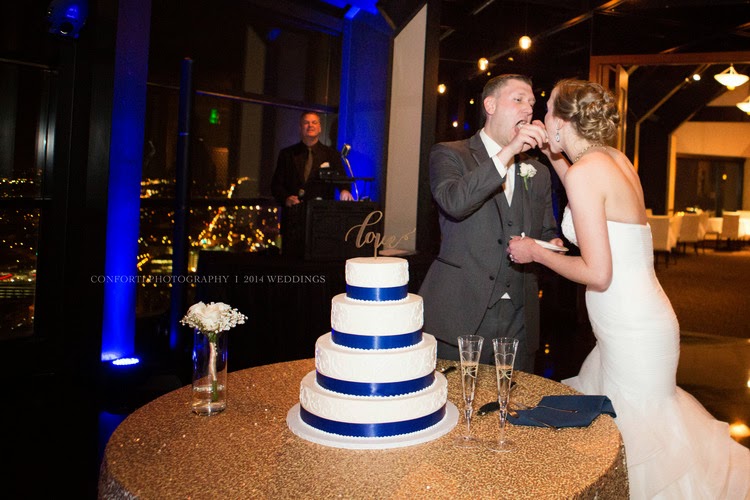 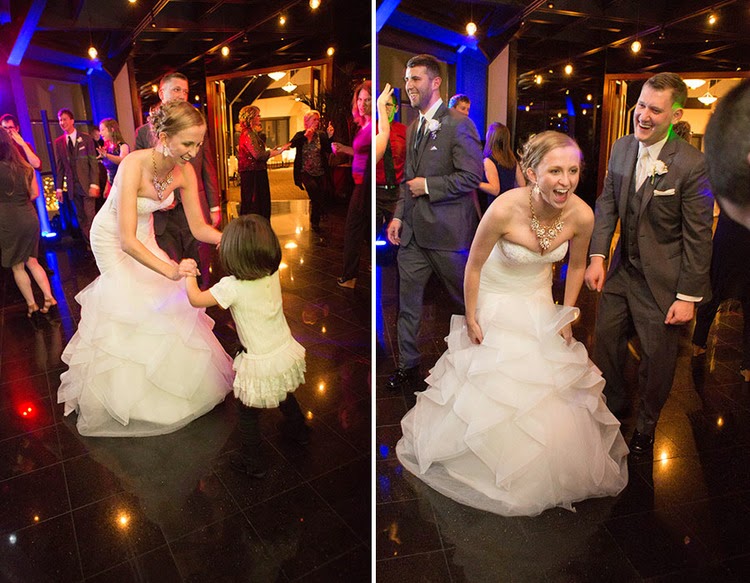 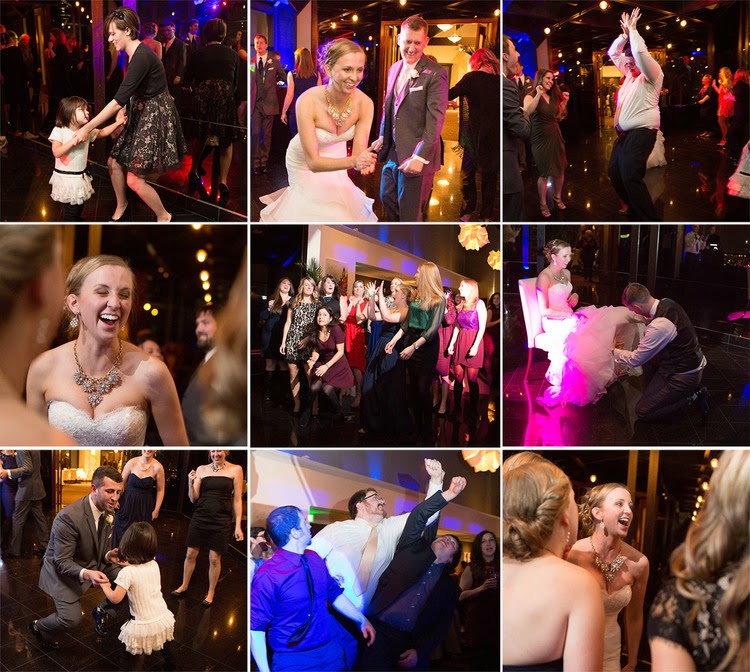 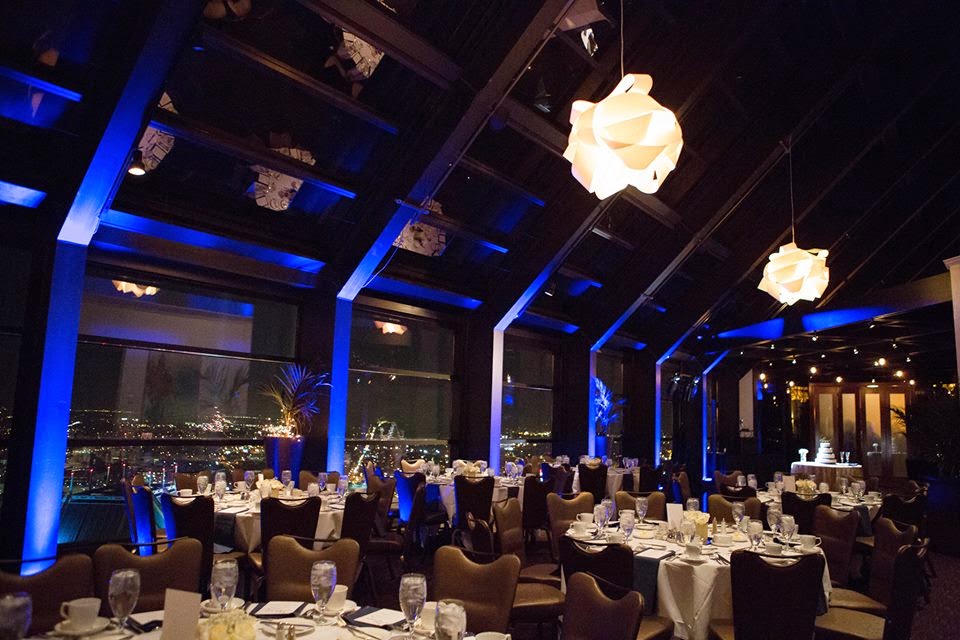 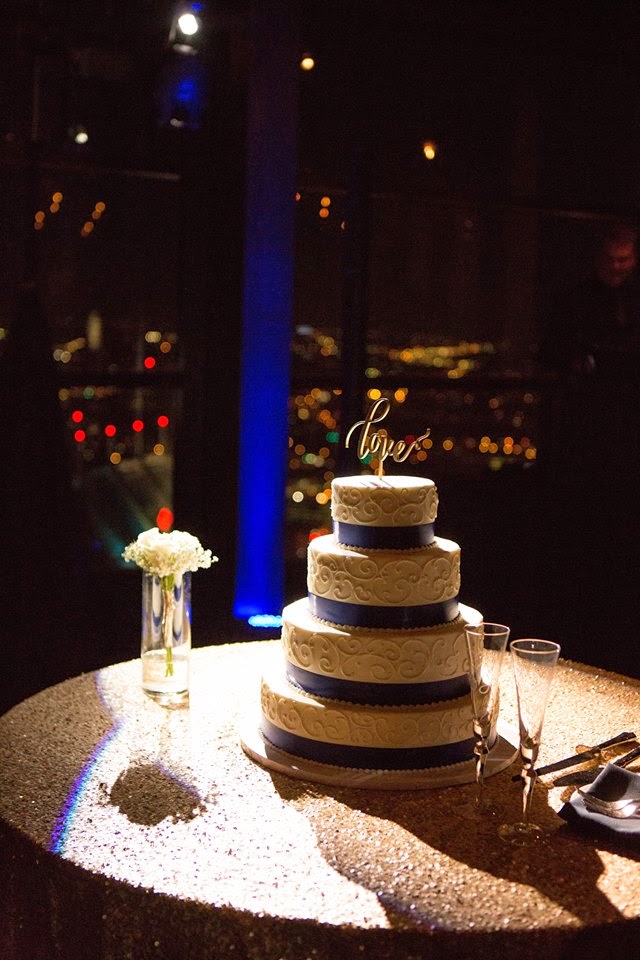 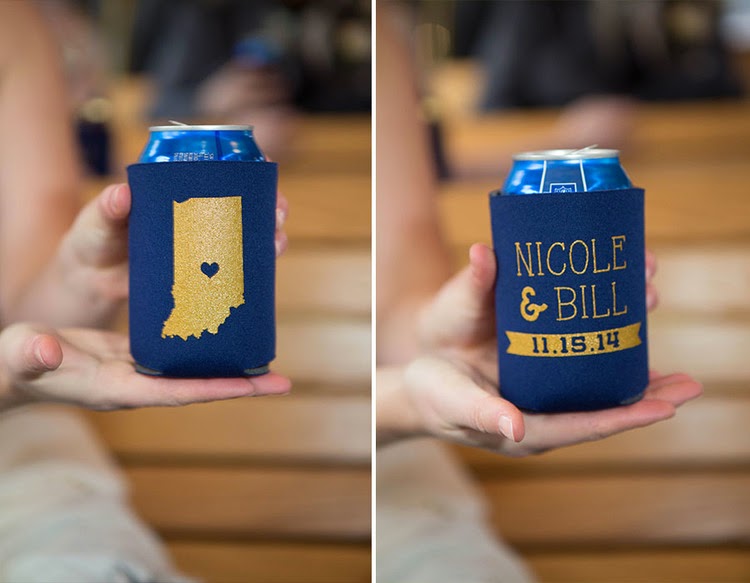 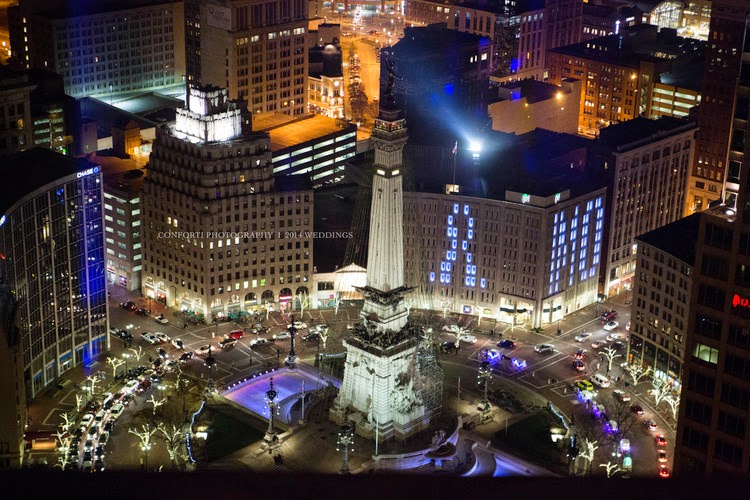 To insure that guests can clearly hear the announcements, toasts, blessing, background music etc - I place a Bose speaker at the other end of the Skyline club's dining room then run the music wirelessly from my main set-up.

Posted by Mark Beecher at 9:59 AM No comments:

Jessica and Jason wanted to throw their friends and family a fantastic party to help celebrate their new lives together as husband and wife and that's just what they did! The wedding ceremony took place on the third floor of the Mavris Art & Event Center. Jessica walked down the aisle to a piano instrumental version of  "I and Love and You" (Avett Brothers) and the couple chose Imagine Dragons "On top of the world" for the recessional. 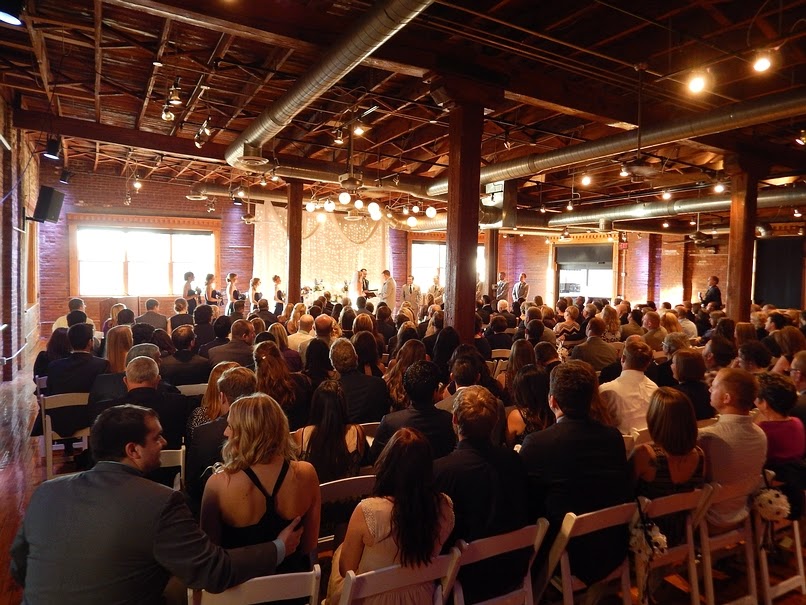 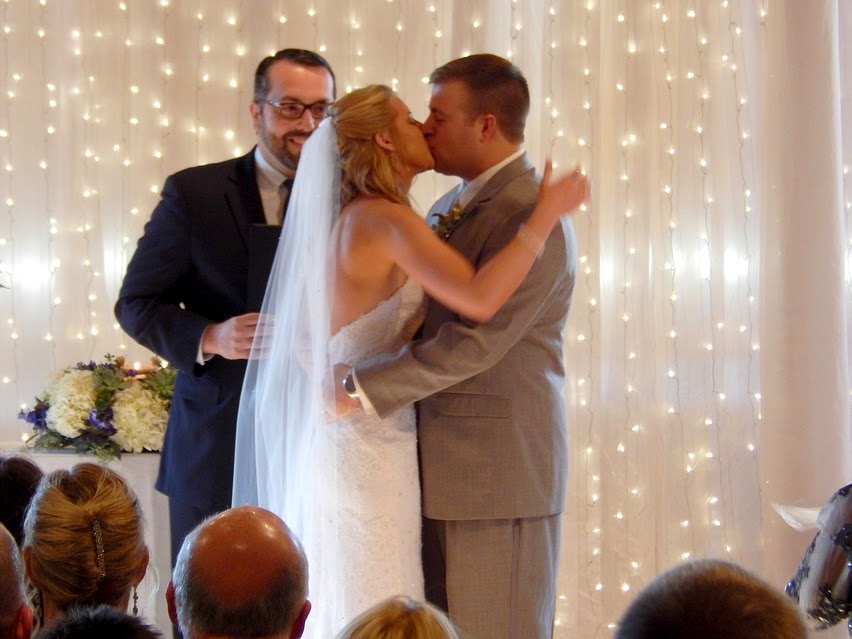 After the ceremony, guests walked a few steps to the bar area also on the Mavris's third floor for refreshments during the happy hour! Jessica and Jason selected all their favorite songs for the cocktail hour and dinner but left the music for dancing up to me and guest requests. I can usually predict how well a party (dancing) is going to go by how loud it gets during the cocktail hour. The background music was almost impossible to hear over the conversations. I knew this was going to be a great party! 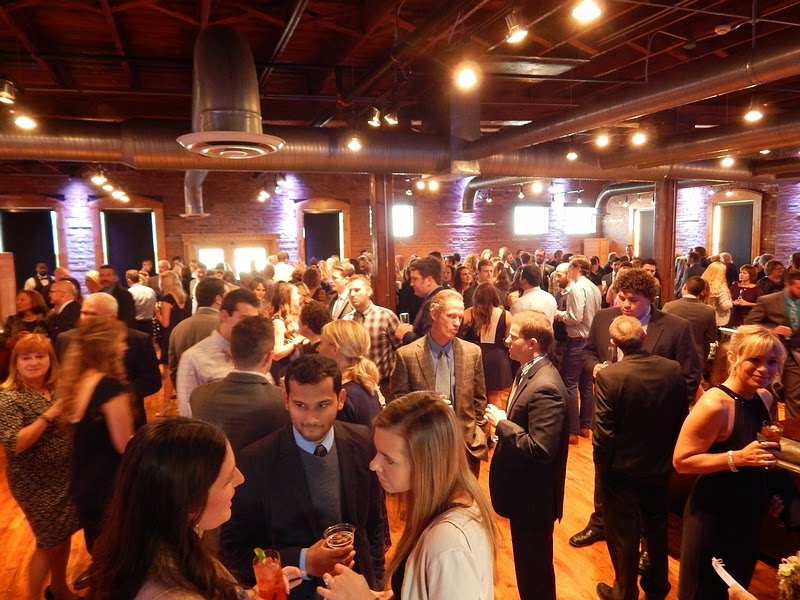 After an hour, guests were invited to be seated for dinner on the second floor. Dinner and service by the Mavris's amazing catering staff was delicious! 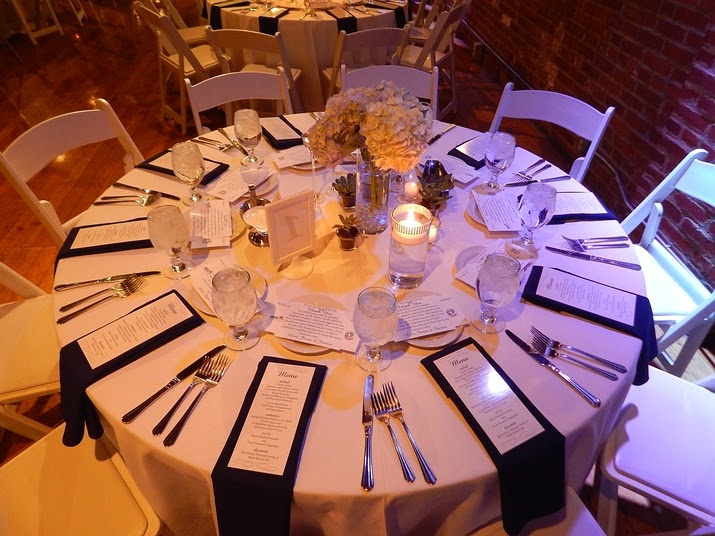 After dinner, Jessica and Jason cut the cake to "Better together" by Jack Johnson and dessert was served followed by heartfelt (and on occasion, hilarious) toasts from the maid of honor, best men (Jason's Brothers) and Jessica's Father. 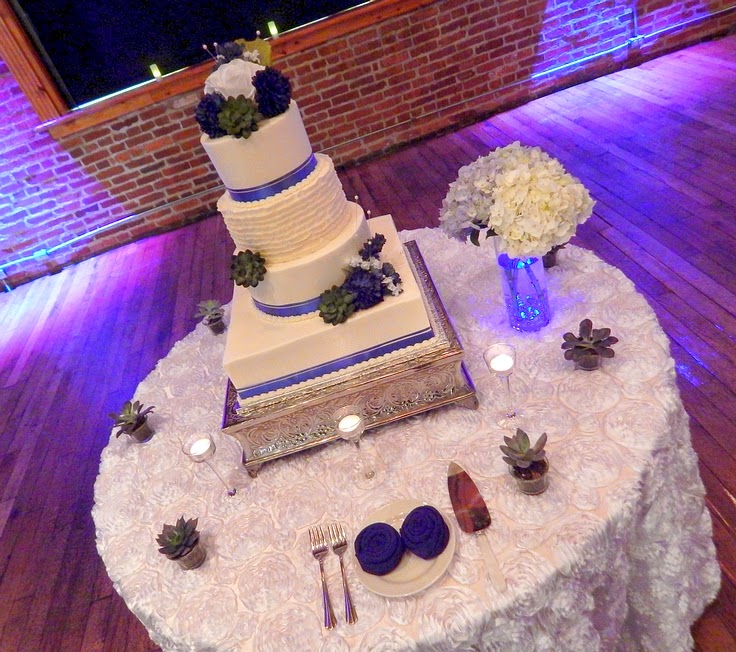 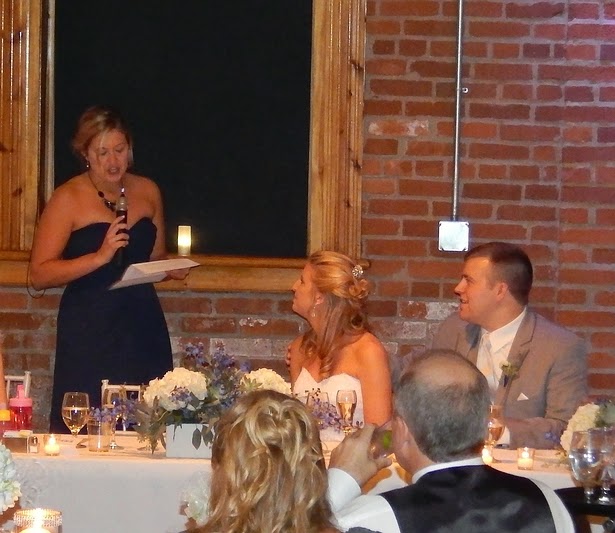 Jessica and her Dad then headed to the dance floor for the Father Daughter dance. Jessica chose the song "Wonder" by Natalie Merchant. Jason then danced with his Mom to Lynyrd Skynyrd's "Simple Man" which I made a shortened edit of  (3:30) because that song goes on for over six minutes and thirty seconds. 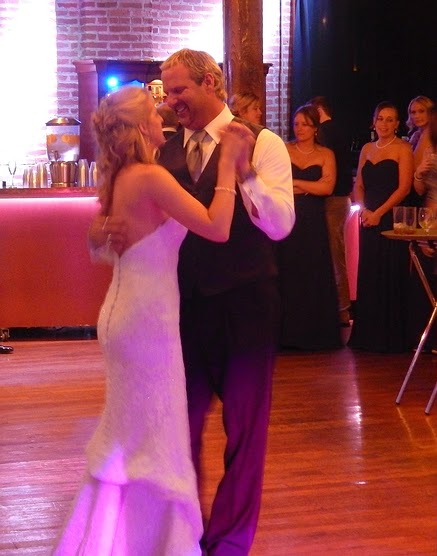 Then Jessica and Jason had their first dance to a great Beatles cover of "I've just seen a face" by Dawn & Hawkes. 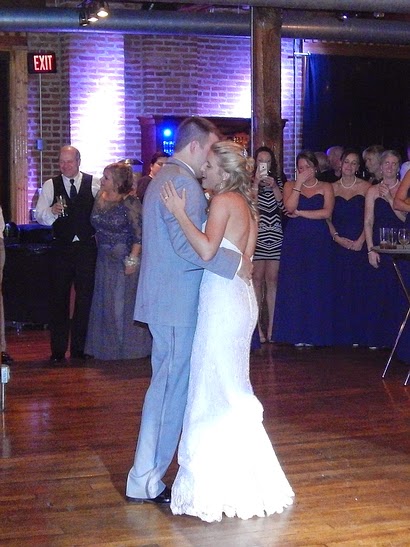 From there the dance floor opened and guests partied HARD for over three and a half hours - It flew by!
Many of the guests were from Plymouth Indiana where I traveled several years ago to do two weddings and both couples were in attendance. Something must be in the water (or maybe it's the blueberries) there because those weddings were both exceptionally fun as well!

Here is ten minutes of fun on the dance floor.


Special thanks go out to banquet manager and event Designer Ellie Lowe from the Mavris who did an absolutely fantastic job directing the nights events - It was a large & wild crowd but everything ran perfectly. I also want to thank photographer Jennifer Van Elk and her husband Steven who I got to work with for the first time - It was a pleasure and I can't wait to see the "real" photos from this incredible night!
Posted by Mark Beecher at 9:03 AM No comments: